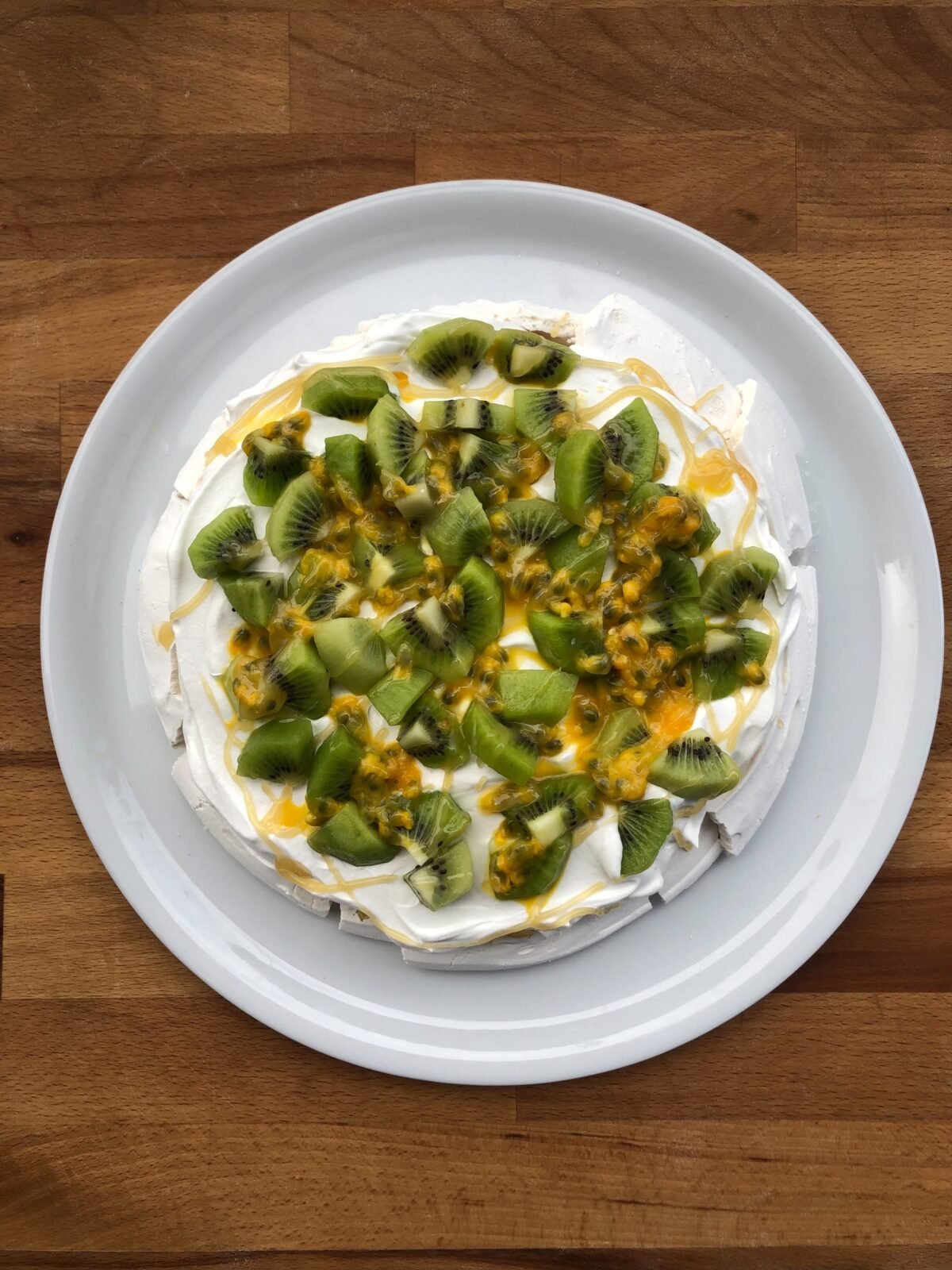 A meringue shell topped with whipped cream, fruits and a drizzle of honey

A few weeks ago, as I noticed the snow melting and what it looked like the end of the winter, I started to think about a recipe that can work for spring and Mother’s Day too. Sadly, as I write this post, the outside temperature dropped to +5 degrees with a serious possibility of seeing a few flurries in the morning. Never mind, spring or not, it will be Mother’s day anyways. Today I want to show you how to make one of my favorite desserts: Pavlova.

END_OF_DOCUMENT_TOKEN_TO_BE_REPLACED 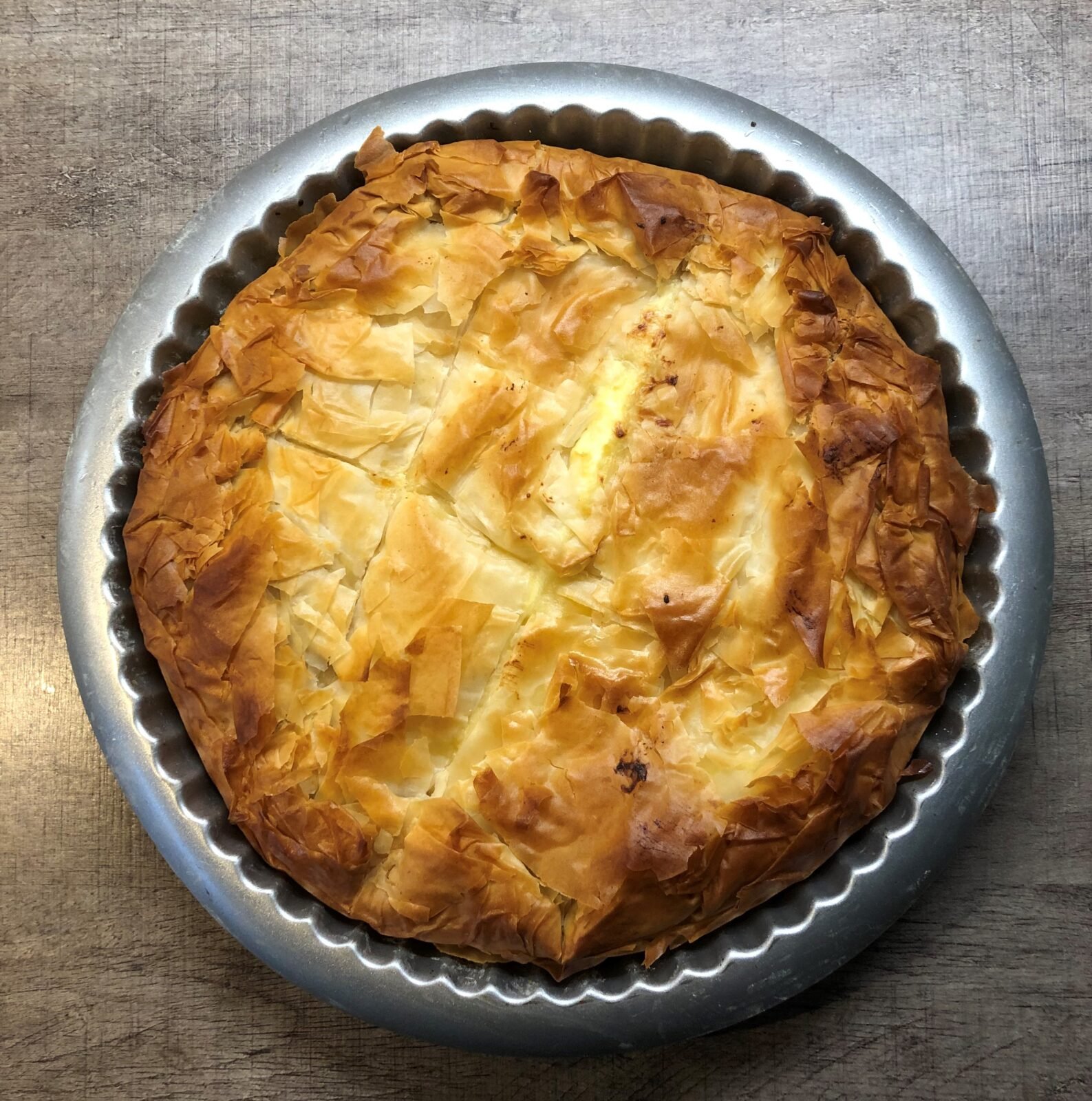 Who said honey goes only with sweet pies?

For the first time in this blog, I am going to show you how honey is a great match with savory pies. I know that for you, it is not a surprise that honey and cheese are like Romeo and Juliet: a perfect match. However, before making this recipe, I did a bit of research and to my surprise, I could not find anything different than desserts. I just wanted to do something different than a plate with cheese and honey. Something like a savory pie. Do not get me wrong, a plate with cheese and honey is something to die for but…I wanted to prepare something a bit more complex and interesting! Something cheesy, delicious, crunchy and ridiculously easy to prepare.

END_OF_DOCUMENT_TOKEN_TO_BE_REPLACED 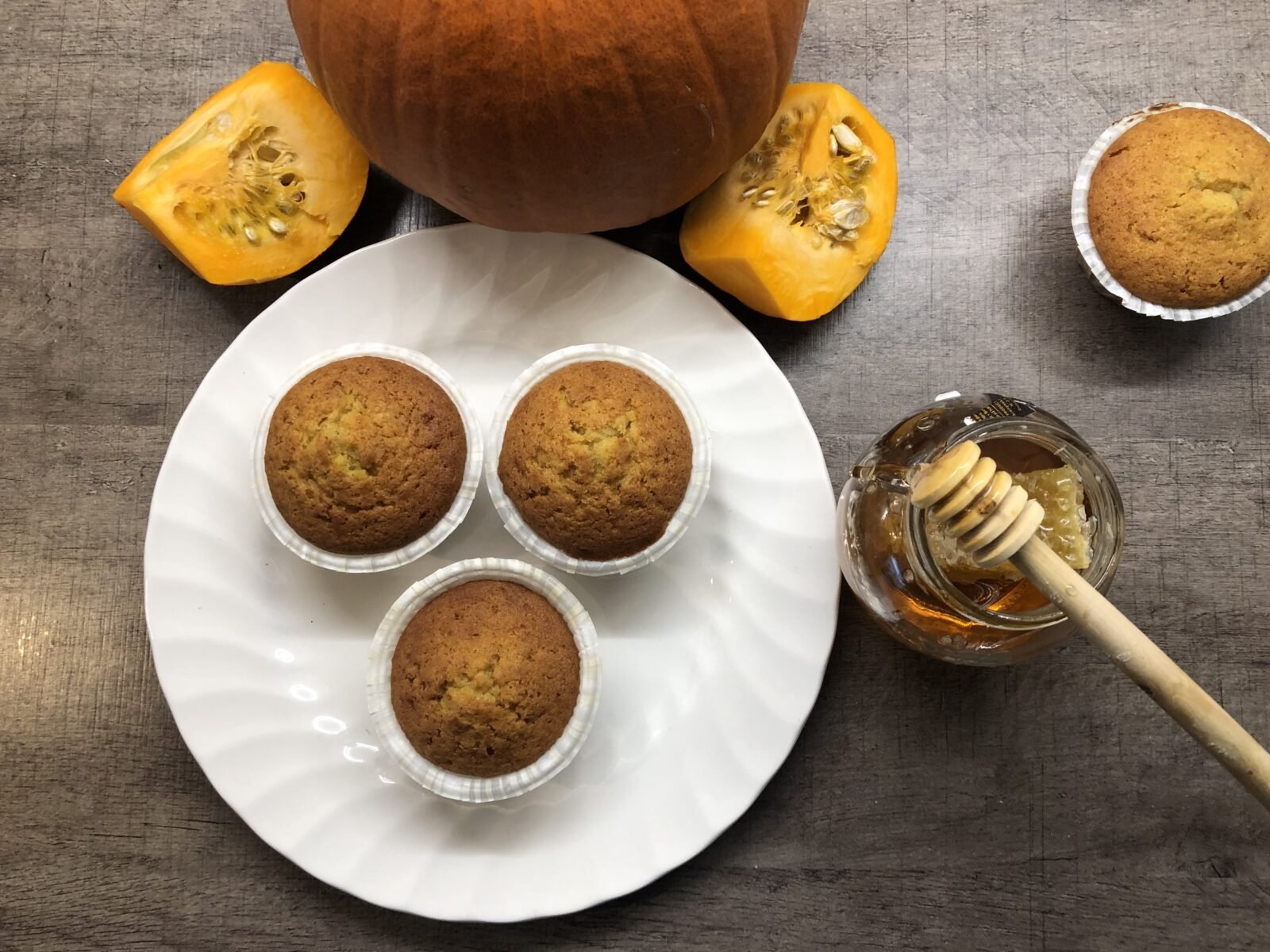 Halloween is one of my favorite celebrations! Many of us think this is something that came recently from America, and it is not completely wrong. Halloween as we know it with pumpkins and costumes is very similar to the American version. However, many countries in Europe had their own celebrations that usually have their roots in history and in some cases in mythology or folklore.

Finland, for instance has Kekri which is a traditional Finnish harvest festival which is celebrated during All Saint’s Day. Kekri marks the end of the harvest season and in the past, families remembered their ancestors and invited the deceased relatives in their homes. Just like in many other traditions, Kekri, as well as Halloween (originally known as All Hollows’ Eve), has a very spiritual and solemn meaning. Very different from what we see these days, right?

END_OF_DOCUMENT_TOKEN_TO_BE_REPLACED

Life of a Queen Bee 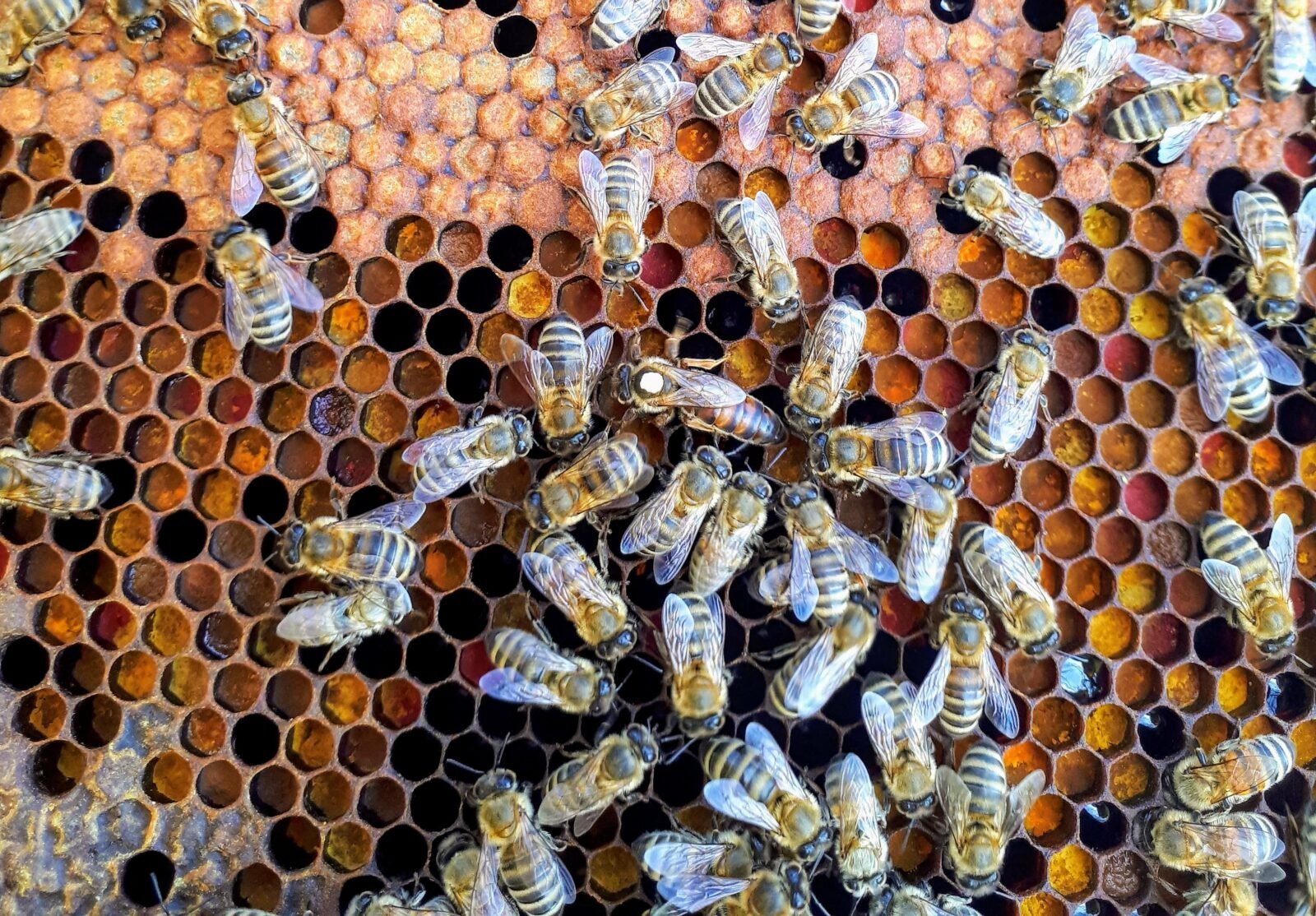 Did you know that the main job of a queen bee is to lay eggs? It means that Her Majesty is actually the mother of all the other bees that live in the hive. But what is it like to be a queen in a beehive?

When the queen bee is still a larva, the worker bees feed her with a special food called “royal jelly” which is rich in essential nutrients that allow the larva to grow as a fertile queen. Once she comes out from her cell, the queen bee flies a few times to mate with drone bees, and yes, I am using the plural here! Researchers found that bees of a single hive might have up to 50 different fathers!

END_OF_DOCUMENT_TOKEN_TO_BE_REPLACED 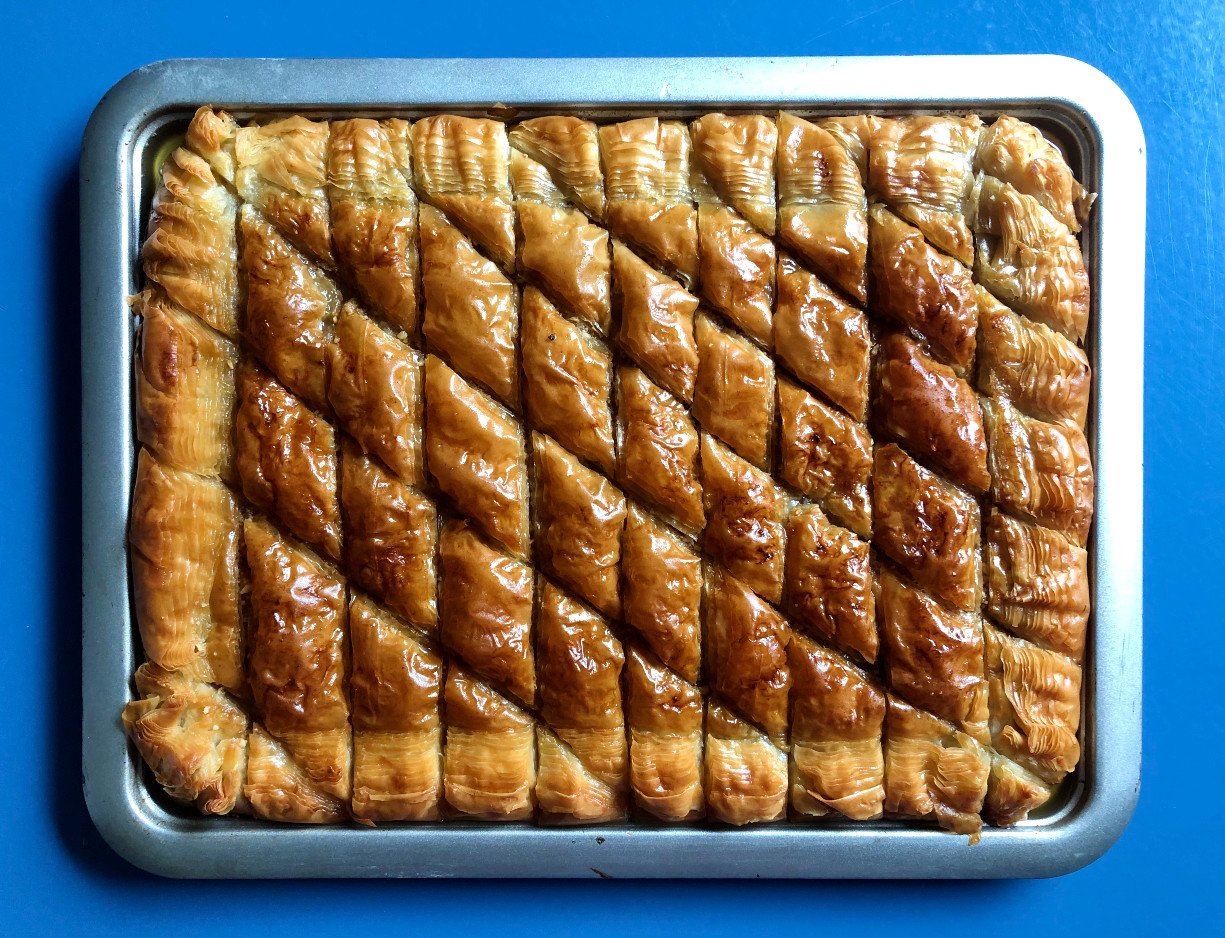 Perhaps one of the most famous desserts where honey can actually play a key role is Baklava. This crispy and juicy dessert has delighted people in the Middle East, Balkan peninsula, Central Asia, South Caucasus and even Maghreb.

The origins of this dish are not well documented and just like many other recipes around the world, many countries have claimed its origins. Among all theories, the one that is considered as the most credible sees Baklava’s origins in Central Asia, during the Ottoman Empire.

You will also find different versions and methods as somebody adds walnuts and some other pistachios. We have heard of many disputes such as this one and we do not want to join this endless battle. There is one thing we can finally do: share our version with honey and walnuts (please, forgive us Team Pistachios). Let’s begin!

END_OF_DOCUMENT_TOKEN_TO_BE_REPLACED

Why it is important to adopt a beehive 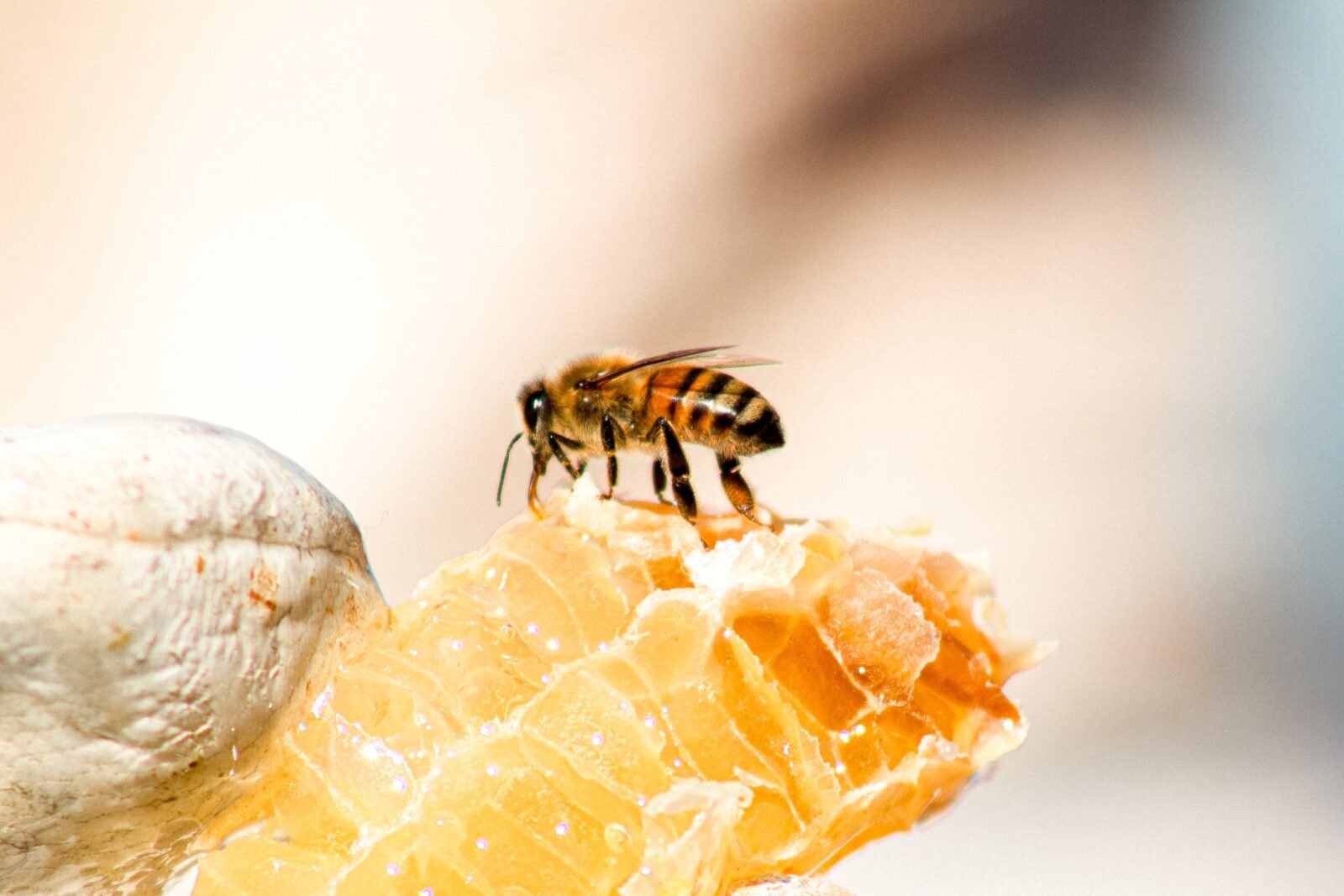 Since the very beginning of our journey we have one clear goal in mind: raising awareness about the environmental problem related to bee’s population decline. We strongly believe that people, as well as institutions and companies play a key role in solving this problem. Why? Because we all have some moral responsibility and it is up to us to protect biodiversity. If you are reading this, you are most likely aware about this problem and how bees have an incredible impact on our everyday life in terms of how we live and what we consume.

END_OF_DOCUMENT_TOKEN_TO_BE_REPLACED

Why should you join us as a beekeeper? 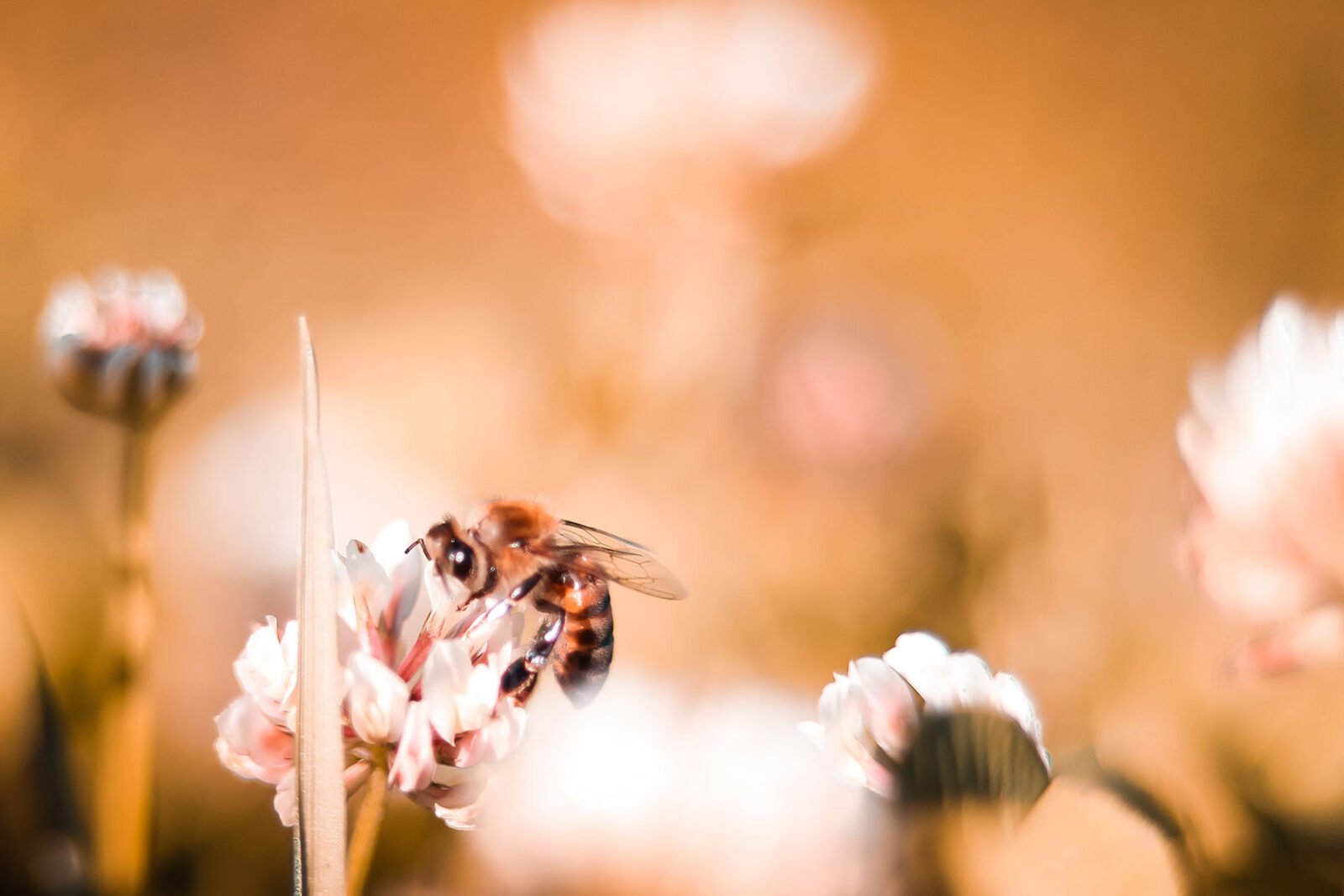 ” Could you sell my honey too?”. Earlier I had no answer to this. My own honey brand Hello honey is very carefully built, and I didn’t know a way to promote honey produced by you and other beekeepers. Now I have the answer – here it is.

END_OF_DOCUMENT_TOKEN_TO_BE_REPLACED

Have you wondered how Bee Rescue began? To answer this question, we need to go a little backwards, precisely to July 23rd, 2020. On that day, I was reading an article about the different options that people can choose from to help local farmers in Italy. For instance, in Sicily you have the possibility to adopt a pistachio tree, in Apulia you can adopt an olive tree or even a cow. The idea is to adopt and get something in return. Among these options there was also the beehive adoption. As a honey lover and eager consumer, the first thing I thought was that I would love to adopt a hive, help a local beekeeper, and get to taste some delicious honey. But how could I do this alone?

END_OF_DOCUMENT_TOKEN_TO_BE_REPLACED
We use cookies on our website to give you the most relevant experience by remembering your preferences and repeat visits. By clicking “Accept”, you consent to the use of ALL the cookies.
Cookie settingsACCEPT
Manage consent

This website uses cookies to improve your experience while you navigate through the website. Out of these, the cookies that are categorized as necessary are stored on your browser as they are essential for the working of basic functionalities of the website. We also use third-party cookies that help us analyze and understand how you use this website. These cookies will be stored in your browser only with your consent. You also have the option to opt-out of these cookies. But opting out of some of these cookies may affect your browsing experience.
Necessary Always Enabled
Necessary cookies are absolutely essential for the website to function properly. This category only includes cookies that ensures basic functionalities and security features of the website. These cookies do not store any personal information.
Non-necessary
Any cookies that may not be particularly necessary for the website to function and is used specifically to collect user personal data via analytics, ads, other embedded contents are termed as non-necessary cookies. It is mandatory to procure user consent prior to running these cookies on your website.
SAVE & ACCEPT